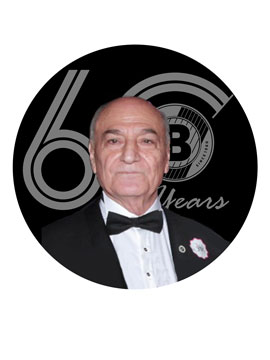 Chairman of Executive Board

Mustafa Başman was born on 18 September 1936 in Gelincik Village, Karpaz. Mr Mustafa is the seventh of eight siblings and he was always energetic and had an entrepreneurial spirit. He grew up in a Greek village; hence his Greek is very fluent.

After completing high school, he started working for the United Nations. In addition, he started his business career with his brother Salih Başman when Başman Brothers was established in 1960.

During the partnership Mr Mustafa Başman was responsible for The Marketing and Sales Department. The good relations and the coherence between the two brothers had a significant contribution to the development of Başman Group. His entrepreneurial spirit and the character that values people are some of the main guiding lights of the Başman Group of Companies.

Mr. Mustafa got married to Mrs. Mevhibe in 1967, has two sons and one daughter from this marriage.

His two sons Ali and Osman and his daughter Pınar, are presently working as Managing Directors in The Başman Group of Companies. 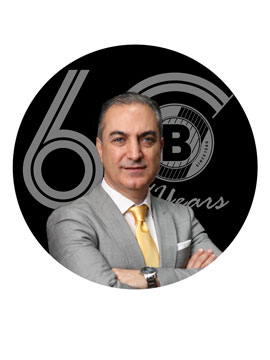 Ali Basman was born in Nicosia in 1969. After graduating from the primary school Şehit Tuncer İlkokulu in 1981, he started his education at Turk Maarif Koleji. However, in 1986 due to his success in GCSE’s, he decided to move to UK to take his A-Level exams and attended to York Sixth Form College between 1986 – 1988 for the completion of his A-level exams. In 1988 he started his University Life in the City Of London Polytechnic, which later become London Guildhall University. Thus, he graduated from London Guildhall University Faculty of Business in 1992.

After joining The Family Business in September 1992, thanks to Ali Basman’s enterpreneural spirit, Basman Group opened up to new markets. Mr Ali Başman is presently in charge of The Groups’ Accounting & Finance Department, as well as The Textiles Sector of the company.

Mr. Ali got married to Mrs. Ece in 1999, has two daughters and one son from this marriage.

Besides his roles in the company, he is the Board member of KTTO (Turkish Cypriot Chamber of Commerce). He was also the chairman of one of the biggest Football Clubs in Northern Cyprus called Kucuk Kaymakli between 1999-2001 and 2010-2016. 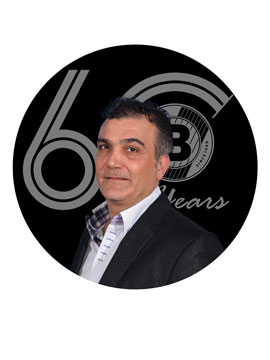 Osman Basman was born in Nicosia in 1972. After graduating from the primary school Şehit Tuncer İlkokulu in 1984, he started his education at Turk Maarif Koleji. After graduating in 1990, he continued his undergraduate degree at Bogazici University, Istanbul.

He studied Business Studies and joined the Family business in 1995 after his graduation.

Osman Başman, known for his warmth and strong social aspect, strengthened the company in this direction and enabled the company's growth rate to increase noticeably. 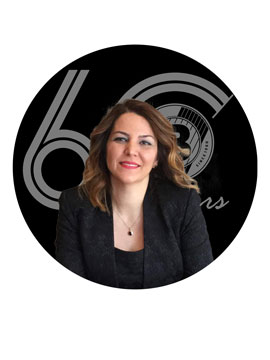 Pınar Basman was born in 1977 in Nicosia. In 1994, she graduated from Turk Maarif Koleji with second degree and then she went to complete her undergraduate degree in Istanbul. She studied Business Studies at Bogazici University.

After she completed her undergradute degree at Bogazici University in 1998, she went to UK and started her training at the headquarters of Avon Cosmetics at the Marketing & Sales department for a year. After that, she joined the company as the Managing Director of Avon N. Cyprus in 1999.

After taking charge of the Avon business, Avon Cosmetics has developed so quickly in the sector and won many awards from the distributor markets’ head office of Avon which is located in Spain since 1999.

In 2002, she got married to Atilla Suren and they have two sons and one daughter.

Pinar Basman Suren, is currently in charge of Avon Cosmetics & Sarev brands as well as being the Director of the HR and IT departments of Basman Group of Companies.

Besides her roles in Basman Group of Companies, she is also a managing member in Turk Maarif Koleji Foundation, Board Member in Turk Insurance, charter member and Board member of GİKAD (Enterpreneurial Business Women Association) and a member of BIW Association (Beylerbeyi Inner Wheel). She was also the council member of KTTO (Turkish Cypriot Chamber of Commerce) for 5 periods.

Başman Group of Companies continues to serve the people of Northern Cyprus in the best way since 1960, to offer them earning opportunities and to improve their lives.